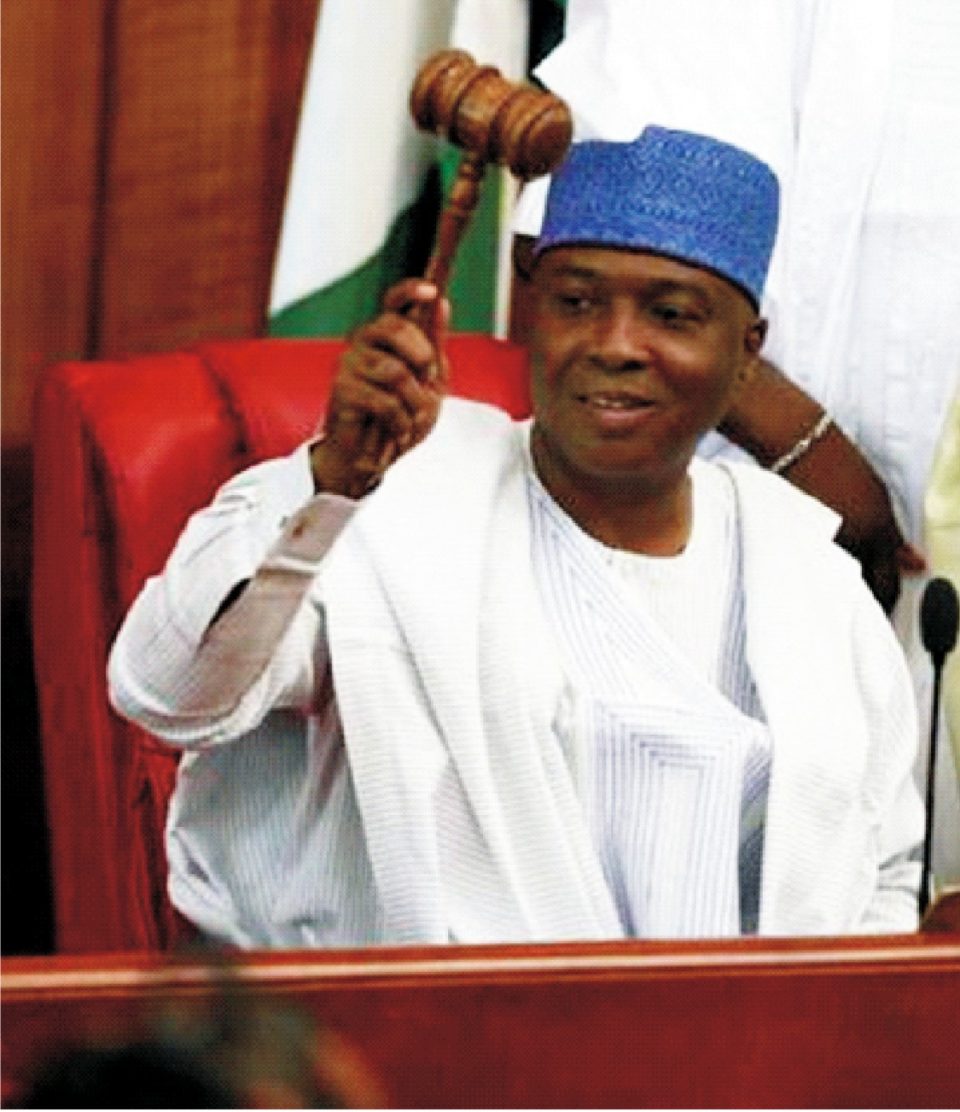 Following a motion by Senator Danjuma Goje on Wednesday for the passage of 2016 Appropriation of N6.07trillion and seconded by Senator Andy Uba, the Senate having been satisfied with sectoral explanations which show that the nation stands to benefit from the proposal, passed the budget into law.

“That the Senate do consider the Report of the Committee on Appropriations on the 2016 Bill,” Goje urged.

DAILY POST reports that while elucidating on the budget, Goje admitted that the budget being the first to be presented by APC-led administration was fraught with irregularities which he described as strange.

He pointed those irregularities to be late presentation by the Executive, inconsistencies by Ministries, Departments and Agencies, inadequacy of revenue to simulate the economy as well as omission on personnel cost.

In his report, Goje recommended that the subsequent budget should be brought to the National Assembly by the Executive in strict compliance with the processes so as to reduce volume of errors and to avoid instances where Ministers will deny knowledge of figures of the affected agencies as presented by the budget office.

He added that government should shore up Capital Expenditure by reducing Recurrent Expenditure for massive infrastructural development of the nation.

“Mr. President, Distinguished Colleagues, at this juncture, I want to recommend that subsequent budget should be brought in strictcompliance with the procedure so that we will not see Ministers denying their own budget before Committee on Appropriations,” Goje added.

Deputy Senate President, Ike Ekweremadu, however, expressed fears that omission of personnel cost which was reflected on the report was fundamental, urging the Senate for a redress so as not to be misinterpreted as a deliberate attempt by the Senate to withhold salaries of some Ministries.

In his clarification, Goje confirmed that a window has been created by the Committee to mitigate the gap, hence there was nothing to fear by the affected agencies.

“Distinguished Senators, the Joint Appropriation Committee has created a window where funds can be drawn by the federal government to pay staff salaries of those agencies,” he maintained.

In line with the tradition, Senate President reads through the schedule, short and long title while insisting that section 318of the 1999 Constitution of the federal Republic as amended be complied with.

“Distinguished Senators, government must comply with Section 318 of the 1999 Constitution which means the budget runs for 12 Calender months from March and ends in March the preceding year,” Saraki said.

Saraki commended the Committee for a good job done on the budget in view of hiccups inherent in it while urging the full implementation by Executive so that it will support made in Nigeria goods.

He hopes that 2017 Budget would be presented on time.

Meanwhile, in a motion moved by the Senate Leader, Ali Ndume, asked that the plenary be adjourned till 2.00pm for adoption of voice votes.

Hey just wanted to give you a brief heads up and let you know
a few of the images aren’t loading properly. I’m not sure why but I think its
a linking issue. I’ve tried it in two different web browsers and both show the same results.

Thanks, we’ll look at it.