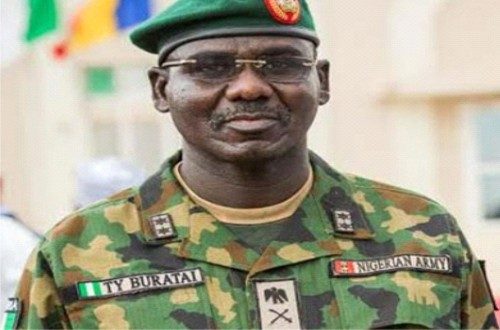 The Nigerian Army has announced redeployment of some senior officers include major generals and brigadier generals.

The statement read: “The Nigerian Army, Friday 29th December 2017, released the Fourth Quarter Postings and Appointments of its Officers. It will be recalled that recently some senior officers were promoted to the ranks of Brigadier Generals and Major Generals respectively, while some have also left service on completion of mandatory years of service in the Army. The posting is also aimed at injecting new hands to further actualize the vision of the Chief of Army Staff, Lieutenant General TY Buratai, which is “to have a professionally responsive Nigerian Army in the discharge of its Constitutional roles”.

“Accordingly, the posting and redeployment has affected some Principal Staff Officers at Defence and Army Headquarters, Corps Commanders, General Officers Commanding (GOC), Commandants of Training Institutions and Directors, amongst others. In all, the posting and appointments affected 399 Officers.

2017-12-30
The Port Harcourt Spectator
Previous: Buhari appoints new heads of boards
Next: 2018: Worst in PDP is over – Secondus