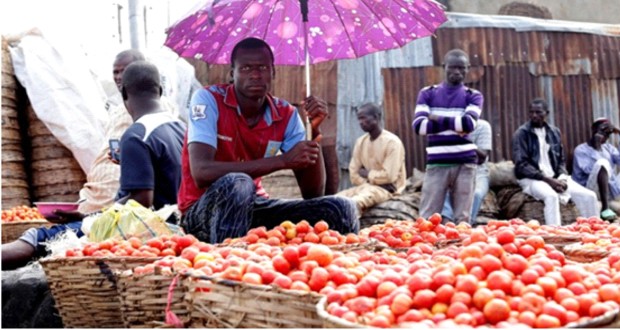 Posted by: The Port Harcourt Spectator in Business, Metro, News 22 days ago 0 137 Views

Prices of food items rose the most in Rivers, Niger and Gombe States in March, the consumer price index (CPI) report released on Thursday by the National Bureau of Statistics (NBS) has revealed.

The report showed that on a month on month basis, food price inflation was highest in Rivers at 3.52 per cent, Niger at 2.92 per cent and Gombe at 2.85 per cent.

While Zamfara at 0.51 per cent recorded the slowest rise in month on month food inflation, Yobe and Kebbi recorded price deflation or negative inflation (general decrease in the general price level of food or a negative food inflation rate).

According to the report, the headline index increased by 1.56 per cent in March.

“This is 0.02 percentage points higher than the rate recorded in February at 1.54 per cent,” the report said.

It said the rise in the food index was caused by an increase in prices of bread and cereals, potatoes, yam and other tubers, meat, vegetables, fish, oils and fats and fruits.

On a month on month basis, the food sub-index increased by 1.90 per cent in March up by 0.01 per cent points from 1.89 per cent recorded in February.

NSF: Two states yet to win any medal at Nigeria’s sports festival