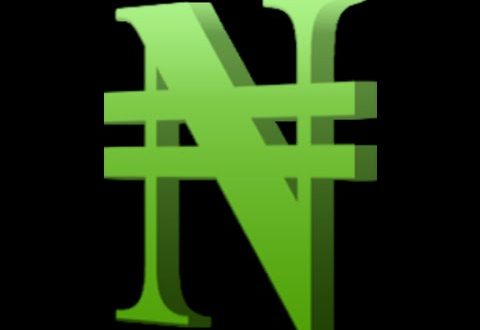 Posted by: The Port Harcourt Spectator in Business, News 19 days ago 0 72 Views

The Ogun State Commissioner for Finance, Dapo Okubadejo, has said the state government paid over N20 billion out of its debt in the year 2020.

This, according to him, was the reason the debt of Ogun State stood at N153billion as of December 2020.

Okubadejo made this revelation in an exclusive chat with DAILY POST, when he was contacted to make clarifications on the state finances as published by the Debt Management Office (DMO).

The Commissioner who declined comments on how much had been borrowed by the government of Governor Dapo Abiodun, told our correspondent that “N106.7 billion was the domestic debt as at May 2019,” saying “this has been written before, several times.”

But, our correspondent called the attention of Okubadejo to the fact that the DMO report says the Ogun domestic debt, as of March 2019 was N97 billion; N95.2b illion in June 2019, while it was put at N153 billion in December 2020.

In his reaction, Okubadejo stated that, “There are two components of debt. There are domestic debts and there are external debts. External debts are foreign loans. You need to add the two to get the total debt. When you add the two together, you will get the N153 billion.”

It was also revealed to Okubadejo that his position appeared to be in sharp contrast to a release from Gov Abiodun’s Chief Press Secretary, Kunle Somorin, where it was said that an undeclared liability of N50 billion by the previous government was the reason why the domestic debt profile of the state rose by N58 billion in 18 months to the current N153 billion.

To this, the Commissioner said: “No, I am taking the benefit to answer you so that you will be informed. What we are saying was that, you are quoting 106 or 100 to 153 (billion Naira) and we are saying to you that the domestic debt that you are referring to, there was a debt; not a debt really, but staff liability, that was not part of the books. We booked it when we came in because it wasn’t disclosed in the financial statements – gratuities and staff liabilities. So, that’s what we booked and that is why it went to N153 billion.

“The books that were handed over to us showed a debt of N132 billion in 2019 as domestic and external debts. Then, we realised that the gratuities were not part of that. The Gratuities at the time was over N51 billion that we inherited. You were there when all the unions were fighting the government; (you saw) the article that was written by the government about inherited liabilities that gratuities were not booked in the financial statement of the state. If you had booked that liability, the debt would have been about N200 billion.

“So, when we came, we had to book the gratuity and that was why the money is now N153 billion.

“Don’t forget that part of the loan has been paid in 2020. We paid over N20 billion in 2020. So, you people should be doing investigation and be understanding it properly.

Meanwhile, the previous government of Senator Ibikunle Amosun has since denied claims of hiding workers’ liabilities, asking its successor to say the truth about the N58 billion debt.

It was reported that a latest report by the National Bureau of Statistics has revealed that the Internally Generated Revenue (IGR) of the Gateway State has continued to shrink from N70 billion in 2019 to N50 billion in 2020.

However, some appointees of Gov Abiodun said the reduction was as a result of the economic challenges occasioned by the COVID-19 pandemic.