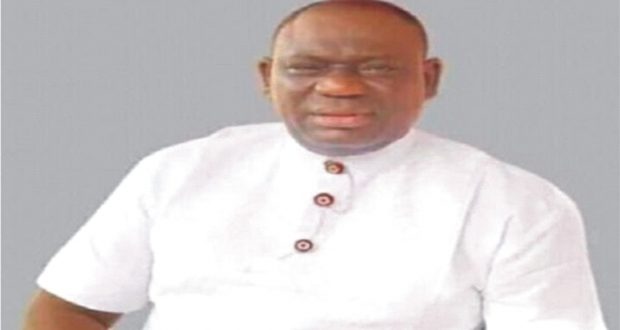 God made me INC president-Okaba

Posted by: The Port Harcourt Spectator in News, Politics 4 days ago 0 67 Views

Newly-elected President of the Ijaw National Congress (INC), Prof. Benjamin Okaba, has dedicated his victory at the just concluded election of the congress to God, saying it was neither the quality of his manifesto nor money that made him win the election.

Okaba defeated three other contestants in an election adjudged to be free and credible at the Ijaw House in Yenagoa, Bayelsa State.

Testifying at the King of Glory Chapel, Government House, Yenagoa, he said his emergence was divinely approved and captured in Isaiah 14:27.

Okaba said God had revealed to a woman in 2015 that He was preparing him for a leadership position in the Ijaw nation, but he dismissed the revelation.

He said he later discovered that God wanted him to serve under the vice chancellor of a Niger Delta-based university in preparation for the task ahead.

He said : “If you want to receive the power of an office, you must serve that office. You must tap the anointing from the holder of the office. No anointing comes ordinarily.

The new INC leader described himself as the least qualified among the contestants in terms of finances, but said God actualised His promise by raising helpers for him.

He prayed God to help him and other newly-elected INC officers to pull the Ijaw nation out of darkness so that it would not continue to struggle in the midst of plenty.

Okaba, a Professor of Sociology at the Federal University, Otuoke, was pioneer Chairman, Governing Council of Delta State School of Marine Technology, Burutu.

In a statement by his Chief Press Secretary, Mr. Olisa Ifeajika, Okowa hailed the INC for the peaceful process that characterised the election after several setbacks.

He urged Okaba to bring his wealth of experience to bear on his new assignment to ensure the realisation of the vision of INC’s founding fathers.