Templates by BIGtheme NET
Breaking News:
Home / News / Vote of confidence will not save you, Rivers lawmaker tells PDP NWC 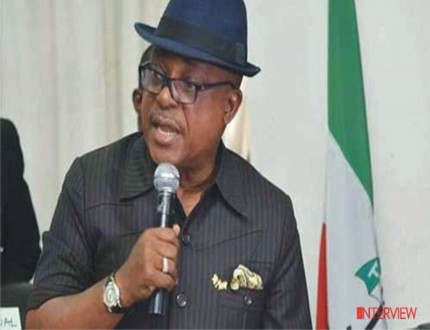 Vote of confidence will not save you, Rivers lawmaker tells PDP NWC

Posted by: The Port Harcourt Spectator in News, Politics 4 days ago 0 69 Views

Following the vote of confidence passed by the National Executive Council  on the Prince Uche Secondus led National Working Committee  (NWC) of the party, a lawmaker in Rivers State House of Assembly,  Tonye Smart Adoki has said the move will not guarantee them a second tenure.

He regretted that all the sacrifices made to enthrone the leadership in Abuja are not been reciprocated because one man wants to sacrifice collective interest because of his personal ambition.

Adoki who represents Port Harcourt Constituency2 in the assembly said in a statement that, “if the efforts made by stakeholders in the past few years will be betrayed, history will not be kind to such traitors”.

Hon. Adoki stated unequivocally that the South would produce the next President of the country and urged all those nursing the ambition for a second tenure in the NWC to drop the idea.

PHSpectator reports that PDP national chairman, Prince Uche Secondus has been at loggerheads with the Governor of the state, Nyesom Wike over his reported interest to pursue a second tenure.

Wike, its believed was instrumental to Secondus becoming chairman of the main opposition party. However, both men have been in cold war as they have not been seen together especially although the recent projects commissioning of the governor and the just concluded local council polls in the state.

The committee at the end of its 91st emergency meeting in Abuja threw its weight behind the Secondus-led National Working Committee, even as it called on other party organs to do the same.

The NEC, in a communique read by the party’s spokesman, Kola Ologbondiyan, lamented the heightened insecurity pervading all parts of the country “due primarily to the misrule of President Muhammadu Buhari and All Progressives Congress (APC), as well as their failure to decisively tackle the menace of terrorism, banditry, kidnapping, bloodletting, and acts of violence in our country.”

The communique read, “NEC unanimously passed a vote of confidence on the National Chairman, Prince Uche Secondus as well as the member of the National Working Committee (NWC).

“NEC also urged President Buhari to, without delay; convoke a national conference on Security so as to galvanize ideas and options to tackle insecurity in our country.

“NEC further commended the efforts of governors, senators, House of Representatives members, and other officials elected on the platform of the PDP in forcefully seeking solutions to the spate of insecurity in our country.

“With regard to the programmes of our party, NEC expressed satisfaction with the efforts of the NWC in preparation for the November 6 Governorship elections in Anambra State and asserted its readiness to do everything possible, within the confines of the law, to win the election.

“NEC also received reports on the e-registration of members as the NWC announced the membership of the committee set up to conduct the exercise.

“Further nominations will be taken from the Board of Trustees, the National Assembly, Forum of State Chairmen as well as the youth and women demography of our Party.

“NEC further cautioned party members at all levels to be wary of agents of distractions and division while praising the effort of the NWC for being focused and purpose-driven in piloting the affairs of the party.”