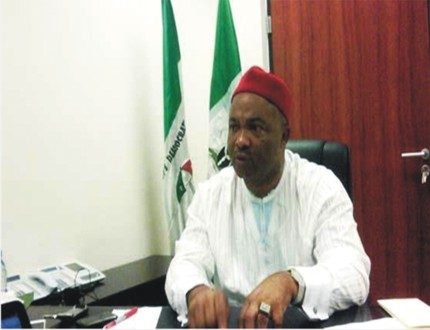 We know those behind insecurity – Uzodimma

Posted by: The Port Harcourt Spectator in Metro, News 4 days ago 0 70 Views

Governor  of Imo on Sunday said Security Agencies have identified those behind the recent disturbances in Imo State.

He added that in few days, their names will be unveiled together with what they did so that they can face justice.

Addressing the congregation at the end of the Church Service held at Government House Chapel Owerri, the Governor assured that Government will use all within its powers to identify and flush out criminals in Imo State, promising that his Government cannot fold her arms and allow terror reign in Imo State.

Governor Uzodimma noted that he will “never and is not going to negotiate with criminals,” warning anyone involved in any form of criminality aimed at bringing down Imo State by any means to have a rethink or such persons will have themselves to blame.

According to him, those out to bring the state down must be prepared to be brought down as well. He reiterated that the mayhem in Imo State was carried out by hoodlums, bandits and a small percentage of IPOB members and aggrieved politicians who decided to sponsor violence to derail the Government of the day.

He promised that the Government will always use her powers in line with the oath it swore to protect the people and their property, adding “never again will criminality regain in Imo State”.

Uzodimma enjoined Imo people to be calm “because God is with us and that is why the criminals and bandits failed in their nefarious activities.”

The Governor also warned the people of Imo State, especially political appointees, to be careful with what they say or post on the social media, insisting that one may be interacting with criminals and bandits “knowingly or unknowingly”.

He enjoined Imolites to repent and avoid being entangled with criminals as such involvement will be dangerous.

Uzodimma also challenged Imo people to always search their consciences, ask themselves some pertinent questions as to why they are not happy with themselves or with Government.

He therefore enjoined all to be careful in everything they do in their daily activities, especially now that the country and the State are going through security challenges, saying “to be fore warned is to be fore armed” and that “prevention is better than cure”.