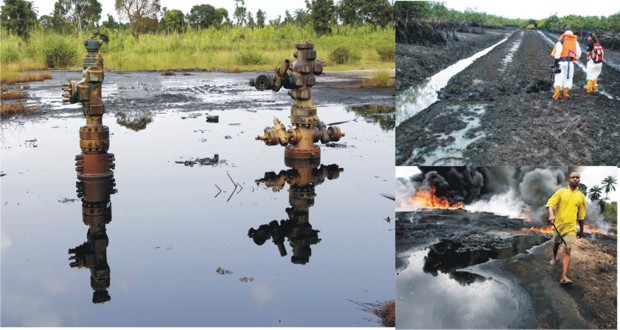 Government recognised traditional rulers in Ogoni, Rivers State, yesterday, made a u-turn in an earlier decision to resist resumption of oil exploration, saying: “We are ready to accept any company that wants to come and explore our oil.”

The Supreme Council of Ogoni Traditional Rulers disclosed this decision after its annual general meeting which held at the palace of His Royal Majesty, King Godwin Gininwa, the Gbene-Mene Tai, Korokoro community in Tai Local Government Area of the state.

The body also thanked the Federal Government for keeping to its promise of remediating Ogoni land, but urged the government to fast track the process in the interest of the health of the people of the area.

Speaking on behalf of the traditional rulers, the Publicity Secretary, who is the paramount ruler of Kpite community, HRH,  Samuel Nnee, Gbene-Mene Tua-Tua Tai, noted that the communities of Ogoni were ready to work with any company that would come to explore oil in the area.

He said: “We meet and we looked at several issues that bother on the well-being of our people, especially the economic issue. The council expresses deep appreciation to the President of the country, Muhammadu Buhari, for keeping the promise he made us during his campaign in 2015 that upon assumption of office he will implement the United Nations Environment Programme Report.

“We have experienced many fast track actions on the process, but we are using this opportunity to call on the Federal Government to speed up the tempo for us to have a clean environment.”

Today our youths even with the best education are roaming the streets without jobs. If oil exploration resumes life will return to Ogoni. We will embrace and we are ready to work with any company which the Federal Government gives approval to explore our oil. Any company that has been given approval to come should see us, the Ogoni fathers first.”

Nnee, however, pointed out that they want the clean-up exercise and the resumption of exploration in Ogoniland to work side-by-side, but stressed  the need for speedy implementation of the UNEP report.