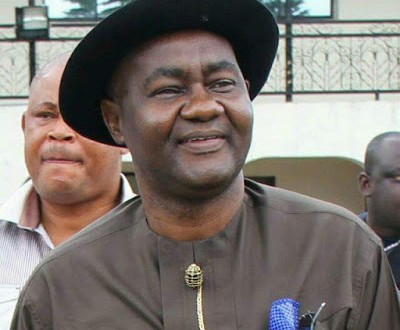 Rivers APC: Promoters of violence should face the law – Abe

Former Senator representing Rivers South-East Senatorial District in the National Assembly, Senator Magnus Ngei Abe, has called on security agencies in the country to immediately apprehend and bring to book the promoters and architects of violence in Rivers State.

He said security agencies should be allowed to carry out their responsibilities to our nation without hindrance, including the arrest of those behind the June 21, 2020 threat to unleash violence and destroy Rivers State made by supporters of the Minister of Transportation, Rt. Hon. Chibuike Rotimi Amaechi.

Abe, in a statement he personally signed, said as a country, Nigeria cannot indefinitely tolerate lawlessness, rascality and impunity, as the greatness of any nation corresponds with the hard work and sacrifice of its citizens.

The senator said: “Nigerians must be prepared to put in the hard work and sacrifice that is required to build Nigeria and we must condemn the unacceptable with one voice”.

“In the words of Boris Johnson, “No ifs, no buts”. We must show zero understanding and tolerance for evil that is capable of destroying our country. What is wrong is wrong, what threatens our public peace should be punished’.

“These are trying times for our party, particularly in Rivers State, anyone with a contrary opinion is being labeled as an agent of the PDP, and yet every action of the APC leader including this sponsored threats of needless violence, and our refusal to punish those who openly defy the law are the actions that set our party against Rivers people and promotes the interest of PDP”.

“Those promoting hatred and violence in our society should be punished, the security agencies must be allowed to carry out their responsibilities to our nation without let or hindrance. We should not just lead, we must lead by example.”

“About the 21st day of June, 2020, Nigerians woke up to a bizarre video of some young men, not just beating war drums but threatening to burn down Rivers State, destroy all federal agencies, and burn down all multinational oil companies in Rivers State.

“They threatened my life and that of Hon. Igo Aguma, Chairman of the APC in Rivers State. They denigrated and abused the Judges of the Rivers State Judiciary describing them as “Nyesom Wike’s private company”, and openly intimidated and overawed the judiciary”.

“They called the President and Commander-in-Chief of the Armed Forces of the Federal Republic of Nigeria, President Muhammadu Buhari by name and warned him that he would not be able to intervene in the mayhem they would unleash on this nation”.

“These threats were broadcast to the entire nation. It is particularly painful that it was done in the name of a serving Minister of the Federal Republic of Nigeria, Hon. Rotimi Chibuike Amaechi, Minister of Transportation”.

“As if that was not enough, the minister himself appeared on national television to say that he knew them and he could understand their pain and their frustration”.

“It is sad that to date nothing has been done to deter these young men from their inglorious cause. Perhaps the security agencies following the minister’s example can also understand their pain and their frustration.

To date, no security agency in this country has issued any public response to this open challenge to the sovereignty of our country, and the independence of our most revered institutions”.

“Not even to say, “we are investigating the matter”, even after Hon. Igo Aguma delivered a written petition to the security agencies.”

“This is not unusual, in 2018 the same supporters of the minister physically attacked and shut down the Rivers State Judiciary with arms in broad daylight to prevent the hearing of a case filed by members of the APC who were denied participation in the ward congresses of the party”.

“Despite the fact that viral videos of the attack fully showing the faces of these individuals who carried arms against the judiciary, no official investigation was ever carried out neither did the law enforcement agencies make any official comment on that incident”.

“Again in 2018, following the pronouncement of the courts, the state offices of the APC at Waterlines junction, the busiest intersection in the heart of Port Harcourt was attacked in broad daylight, automatic gunfire and dynamites rained for close to two hours with police units on standby, nothing happened, no official response was ever made by our security agencies”.

The senator urged all Nigerians to reflect on our recent history when in 2007 the Supreme Court removed  Celestine Omehia as Governor, and replaced him with Rotimi Amaechi who took office without a single act of violence from Omehia’s Supporters.

The senator also recalled that only recently Comrade Adams Oshiomole was removed from his exalted position as National Chairman of the APC by an interim order of the FCT High Court and heavens did not fall despite the pain and frustration of those affected by the interim order.

Abe wondered why a case before the Port Harcourt Division of the Court of Appeal was suddenly transferred to Abuja, with hearing notices fixed even before the arrival of the files from Port Harcourt.

He said: “What is rather troubling is the extraordinary steps being taken by the Court of Appeal in respect of the particular matter which the hoodlums threatened”.

“Nigerians are forced to question if threats and intimidation of the system is actually more effective than the path of peace and respect for law and order that has been the true hallmark of the Buhari Presidency. Promoters of violence in our society must be punished”.