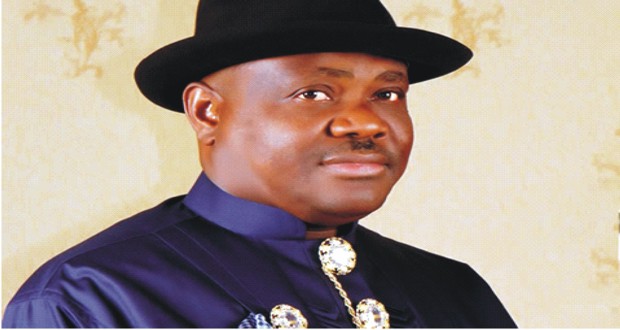 The declaration was made after a meeting held with the Ken Khana District Council of Traditional Rulers few days ago, at the palace of the President, Supreme Coincil of Traditonal Rulers of Ogoni and Gbenemene Tai Kingdom, King Godwin Gininwa in  Korokoro Tai.

Ken-Khana currently have only one government recognized Second Class stool- Bua Ken-Nwigbara which is occupied by Mene Barile Deebom.

The Supreme Council has also appointed a 5-man Electoral Committee to ensure the speedy resolution of the issue in line with the directives of the Commissioner, Rivers State Ministry of Chieftaincy and Community Affairs.

According to a statement by HRH, Smauel Nnee, Gbenemene Tuat-Tua Tai and Chairman Gbenemene Ken-Khana Electoral Committee, the action became necessary to ensure that peace and tranquility continue to exist in the kingdom as a result of the several interested traditional rulers from Ken-Khana expressing interest to occupy the stool.

The statement also enjoined the general public to ignore whosoever is parading or holding out himself as the Gbenemene Ken-Khana (First Class) as none exist at the moment, stressing that further announcements on the matter will be made available as time progresses.

PORT HARCOURT SPECTATOR recalls that the late occupant of the stool, Mene MSH Eguru was buried in December, 2020.

Shortly, after his burial, his son Prince Eguru was allegedly coronated as the next occupant of the stool and was ratified by King PZ Nzidee, Gbenemene Nyor-Khana Kingdom, a development that nearly tore the kingdom apart as it was met with stiff oppositions from members of the Ken-Khana Council of Chief.

Thereafter, it was reported that Mene-Bua Ken-Nwigbara, HRH, Mene Barile Deebom was reported selected and crowned as Gbenemene Ken-Khana by the Ken-Khana Council of Chiefs following the performance of all traditional rites at Gure, one of the ancestral and oldest communities in the kingdom.

However, when contacted, Mene Barile Deebom declined to speak on the development, insisting that he is waiting to see whatever would be the outcome of the action by the Supreme Council.