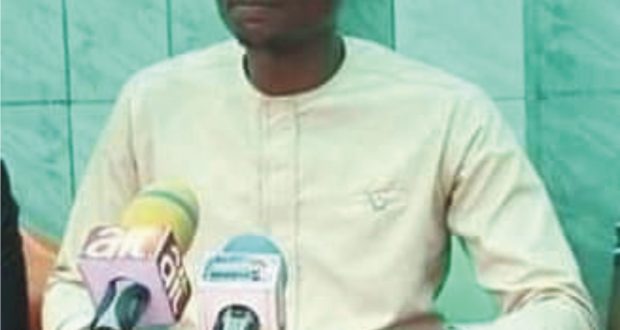 Ogoni youths call for accountability and transparency in HYPREP

Following the plethora of challenges facing the Ogoni clean-up process, youths of the area are now calling on the Hydrocarbon Pollution Reemediation Programme, HYPREP, to be more transparent and accountable to the people.

The youths came out with this during a joint press briefing by Ogoni Youth Federation and National Youth Council of Ogoni People, NYCOP.

They youths said the call became necessary following the elapsing of the current tenure of HYPREP leadership.

President of NYCOP, Dr. Young Nkpah and Engr. Legborsi Yaamabana of  OYF in a joint press statement said, “the quest to restore the Ogoni environment was principally prompted by the struggles of the Ogoni people and must not be seen as a favour. Thus, every important intervention effort must strictly address Ogoni issues, be it social or technical. Any fund allocated for the Ogoni environmental restoration must be channeled exclusively to it and not diverted in any guise or predetermined outcome.

They also frowned at what they termed secrecy in HYPREP.

“The ugly trend of bureaucratic and political interference have crept into the operations of HYPREP as the agency is operated in cult-like secrecy”.

Gentlemen of the Press!

About 30 years ago, on the 26th day of August 1990, Ogoni chiefs and leaders gathered in Bori the traditional headquarters of Ogoniland and adopted the Ogoni Bill of Rights (OBR) adopted via a general acclaim, after taking stock of their deplorable condition in spite of stupendous oil and gas wealth. The document which articulated and asserted the rights of the Ogoni people in the Federal Republic of Nigeria was a pacesetter in the Non-violent method of struggles in Africa.

The OBR dealt with matters ranging from social, political, economic to environmental injustice in Ogoniland. One of the cardinal demands was “The right to protect the OGONI environment and ecology from further degradation”. The neglect of these demands led to the massive protest of January 4, 1993, shut-in of oil and gas exploration and production in Ogoniland by the Shell Petroleum Development Company of Nigeria and its Joint Venture Partners, the consequent Shell-sponsored military clamp-down of Ogoniland and murder of over 2000 Ogoni people and leaders including Ken Saro Wiwa and 12 others. For the purpose of this briefing, we shall focus on the environmental component of these demands.

In response to the global outcry and condemnation of the military repression of Ogoniland by the General Sani Abacha led Federal Military Government of Nigeria and accusations of Royal Dutch Shell’s complicity, the United Nations created a Special Rapporteur on Nigeria in 1997 led by Mr. Soli Sorabjee, an Indian Attorney, who presented his report to the 48th session of the then United Nations Commission on Human Rights in March 1998 and recommended that the Nigerian government should “undertake an independent environmental study of Ogoniland.”

In October 2006, former President Olusegun Obasanjo invited the United Nations Environment Programme (UNEP), for an environmental assessment of Ogoniland, in an attempt to navigate from years of stalemate between the Nigerian Government, International Oil Companies and the Ogoni people to action. The assessment was done between 2008 and 2011. After the release of the UNEP Report on August 4, 2011, the oil companies admitted liability for damage caused in Ogoniland, and agreed to initial commitment to clean up. This development brought about a major scientific and technological leap in the environmental audit of the Niger Delta and Nigeria.

It is on record that between 1976 and 1991, within a 15 year period, there were a total of 2,976 oil spill incidents in Ogoniland alone, releasing over 2.1 million barrels of crude oil into the environment; accounting for about 40% of the total oil spills of the Royal Dutch Shell company worldwide during the period under review (Crayford, 1996), amongst others including the catastrophic Bodo Creek oil spills of 2008-2009, which have been suppressed and under reported by the IOCs. The magnitude of the despoliation of the mangrove forests, due to oil spills in Ogoniland has been described as the highest devastation of the mangrove ecosystem anywhere in the tropics (Gundlach, 2013).

The UNEP report posits that water in Ogoniland had been seriously contaminated with benzene, a known carcinogen which was found in drinking water at a level nine hundred (900) times above World Health Organisation(WHO) acceptable standards. The levels of air pollution were too high and the ground had about 5 feet of dead soil layers. Dangerous chemicals such as oxides of carbon, Sulphur and nitrogen as well volatile organic compounds, dioxins and other aerosols were constantly being added to the air which ultimately increases the risks of respiratory diseases, such as bronchitis, asthma, leukemia, etc., around Ogoni communities. This has sadly been the modern Ogoni reality.

The Ogoni environmental tragedy compares with other well-known environmental disasters that have drawn global attention over the years: such as Exxon Valdez oil spill, in Prince William Sound, Alaska, USA (1989), Gulf of Kuwait (1991), Deepwater Horizon, Macondo, Gulf of Mexico (2010), amongst others. Therefore it should be treated with experimental kid-gloves soiled with political colourations’ and pecuniary interests.

It should be noted that the Ogoni struggle led to the establishment of the Oil Minerals Producing Areas Development Commission (OMPADEC), by Decree NO. 23 of July 1992 that metamorphosed into the now controversial Niger Delta Development Commission (NDDC) in the year 2000. However, it is significant to state that these interventionist agencies that were born as a result of the Ogoni agitation were designed and managed to exclude the Ogoni minorities in reality, due to political, bureaucratic and ethnocentric considerations.

The Hydrocarbon Pollution Remediation Project (HYPREP) was initially setup in August 2012 by President Goodluck Jonathan’s government and was later modified in 2016 after series of consultations with relevant stakeholders. The ceremonial flag-off of the Ogoni Clean-up Project by the President Muhammadu Buhari took place on June 2, 2016. He was represented by the Vice President, Prof. Yemi Osinbajo. The Ogoni people appreciates the President for his commitment.

HYPREP was established by Federal Ministry of Environment Notice 2016, Gazette NO. 176, Vol.103. The Governing Council and Board of Trustees of HYPREP were inaugurated in 2016 and charged with the responsibility to manage, approve, supervise and monitor all projects/contracts of the Clean-up and remediation of Ogoniland as well as implement all aspects of the UNEP Report.

There have been several issues bordering on transparency and accountability between the Ogoni people and HYPREP management that culminated in a lawsuit – HYPREP VS OGONI YOUTH FEDERATION, which was struck out of court on technical grounds on July 16, 2020. The judgement came as a rude shock as the learned judge declared that HYPREP was not known to law.

The ugly trend of bureaucratic and political interference have crept into the operations of HYPREP as the agency is operated in cult-like secrecy. According to Wikipedia, “Transparency, as used in science, engineering, business, the humanities and in other social contexts, is operating in such a way that it is easy for others to see what actions are performed. Transparency implies openness, communication, and accountability.” This is not the case at HYPREP

The current Minister for Environment has made promises to restructure the agency. We have made our position on the planned restructuring of HYPREP known, as published on page 29 of The Nation Newspaper of Tuesday, July 7, 2020.

The quest to restore the Ogoni environment was principally prompted by the struggles of the Ogoni people and must not be seen as a favour. Thus, every important intervention effort must strictly address Ogoni issues, be it social or technical. Any fund allocated for the Ogoni environmental restoration must be channeled exclusively to it and not diverted in any guise or predetermined outcome.

We have called you here today as custodians of the conscience of the society to help us amplify our demands for transparency and accountability in HYPREP as the current tenure elapses next week on Tuesday August 24, 2020. 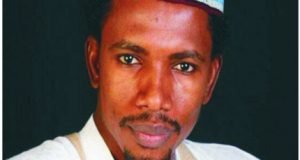 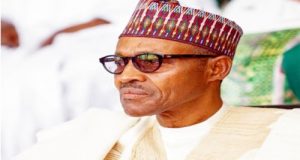