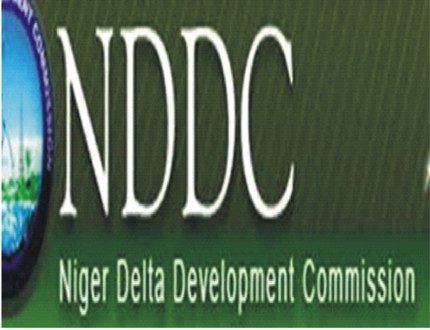 Posted by: The Port Harcourt Spectator in Uncategorized 11 days ago 0 19 Views

Despite claims by the Niger Delta Development Commission (NDDC) that it has paid a total of $5.9 million to 197 beneficiaries of its foreign scholarship programme, the students have taken to the streets of London to protest non-payment of their fees.

The commission has, however, described the protesters as blackmailers who want an additional three million dollars.

According to a statement by Charles Obi Odili, Director, Corporate Affairs, the Commission’s obligations to its scholars has, inexplicably risen from $900,000.00 (Nine hundred Thousand Dollars) in 2018 to $5.99m (Five Million, Nine Hundred and Ninety Thousand Dollars) which was paid recently, before a “dubious and unverified demand was made for an additional payment of $3million (Three Million Dollars), bringing the total to an alarming $9million (Nine Million Dollars).

He said that those trying to ‘blackmail, threaten, cajole and intimidate’ the agency into paying this additional amount without verification are the “powerful individuals who are part of the systemic corruption uncovered by the Interim Management Committee, IMC, in the Commission’s administration of the Foreign Postgraduate Scholarship.”

Their ultimate goal, he said, “is simple: to frustrate, scuttle and undermine the forensic audit, as well as cause the disbandment of the IMC,” but, Odili stressed, “no amount of blackmail, threats, personal, political and media intimidation, as well as the unwholesome machinations of these characters and their paid allies on the backstreets of London will stop the IMC from getting to the roots of the looting and corruption” that has gone in the agency.

The statement read in parts “The Niger Delta Development Commission, NDDC, has just been alerted of a planned protest in the United Kingdom, by certain individuals and hirelings, most of whom are masquerading as the Commission’s scholars, over non-payment of the scholarship fund. This is part of an ongoing campaign, orchestrated by powerful individuals who are part of the systemic corruption uncovered by the Interim Management Committee, IMC, in the Commission’s administration of the Foreign Postgraduate Scholarship.

“Consequently, it has become very pertinent and urgent for the Commission to inform all our stakeholders, the media, relevant agencies and all well-meaning Nigerians as follows:

2. In 2019, the amount paid rose to a total of $3.5million (Three million, Five Hundred Thousand Dollars) only.

3. Recently, the IMC paid out a total of $5.99m (Five Million, Nine Hundred and Ninety Thousand Dollars) to cover all the verified obligations to our scholars.

5. Therefore, the mission and goal behind this planned protest is patently dubious, mischievous, underhand and potentially criminal.

“Some of the important questions everyone must ask are: why is the amount paid to cover our obligations to this foreign scholarship programme rising astronomically? Where are all these demands coming from? What do they cover? Who are behind them? It is important to note that since the establishment of the IMC, no scholarship has been awarded, due to the ongoing forensic audit. So why is the IMC being blackmailed, threatened, cajoled and intimidated to make these payments, without verification?

“Since the institution of the forensic audit by President Muhammadu Buhari, the IMC has uncovered a culture of rampant corruption and abuse in the Commission. Many very powerful individuals who benefited from the years of sleaze have been on the attack. Their unfortunate mission, which is against the directives of President Buhari and the dream and expectations of the people of the Niger Delta region, of a Commission that can finally and efficiently address their long years of neglect and poverty, is simple: to frustrate, scuttle and undermine the forensic audit, as well as cause the disbandment of the IMC.

“These frightened elements are fighting to ensure that the Federal Government is not able to unearth the culture of wanton abuse and corruption that necessitated the forensic audit. They are waging a failing battle to stop the Federal Government, through the Ministry of Niger Delta Affairs, as well as the IMC, from uncovering the massive abuse of the Commission that has made it impossible for this interventionist agency to meet its mandate to the Niger Delta region. Their looting of the commonwealth of the Niger Delta region has further impoverished the people, making the region littered with abandoned or poorly executed projects and programmes, and a graveyard of the people’s dreams.

“The IMC wishes to restate that no amount of blackmail, threats, personal, political and media intimidation, as well as the unwholesome machinations of these characters and their paid allies on the backstreets of London will stop the IMC from getting to the roots of the looting and corruption.

“Consequently, and as part of its investigations, the IMC and relevant officers of the Commission will undertake a long-planned and approved trip to United Kingdom this September, to verify these obvious and unexplained discrepancies in the Commission’s foreign postgraduate scholarship programme. During this trip, which was planned to happen earlier in April, 2020, the Commission’s team will visit the universities where our scholars are studying for various Masters and Doctorate degrees.

“We strongly believe that these planned protest aims to scare the Commission from undertaking this very necessary and vital verification. The Commission will not be intimidated, nor cowed. It is the objective of the Federal Government to stop unscrupulous characters, no matter how powerful they are, from reaping where they did not sow, and undermining the capacity and moral authority of the Commission to fulfil its mandate of regional sustainable development”. 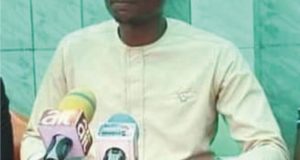 Ogoni youths call for accountability and transparency in HYPREP 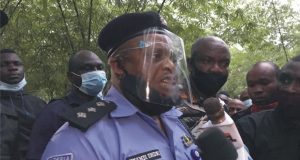