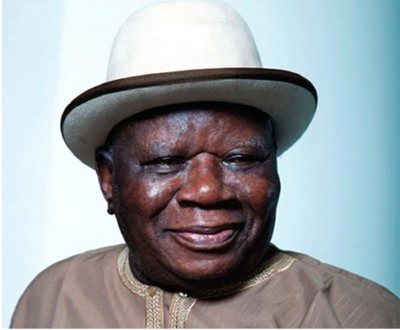 Posted by: The Port Harcourt Spectator in News, Politics 10 days ago 0 58 Views

…urge Sole Admin to operate within the law

A foremost nationalist and Niger Delta leader, Chief Edwin Clark, has asked Godswill Akpabio, the Minister of Niger Delta Affairs to stop meddling in the affairs of the Niger Delta Development Commission (NDDC).

Clark, the chairman Pan-Niger Delta Forum, PANDEF, said while receiving Effiong Okon, the NDDC interim administrator on Wednesday, that: “The problem we have is the constant interference in the NDDC by the minister.”

He said: “There is no provision in the NDDC budget for the completion of the East-West road. I don’t know why the road is not under the ministry of works.

“We are asking the federal government to make special funds for the completion of the road.”

He urged the Sole Administrator of the Niger Delta Development Commission (NDDC) Mr. Effiong Akwa to operate within the laws establishing the commission.

Clerk disclosed that the commission had been under pressure lately from the people of Niger Delta for operating outside the law.

According to him, the appointment of Akwa was based on his qualification and urged him to live up to expectations during his tenure.

“There is a law governing NDDC, and no one should breach that law. Not even the president has the power to do so unless it is amended by the National Assembly.

“Any attempt to breach the law becomes illegal, null and void.

“There have been many arguments on the legality of a sole administration over the years. They are appointed over time to oversee the commission.

“I wish you the best of luck. We support your appointment,” Clerk said.