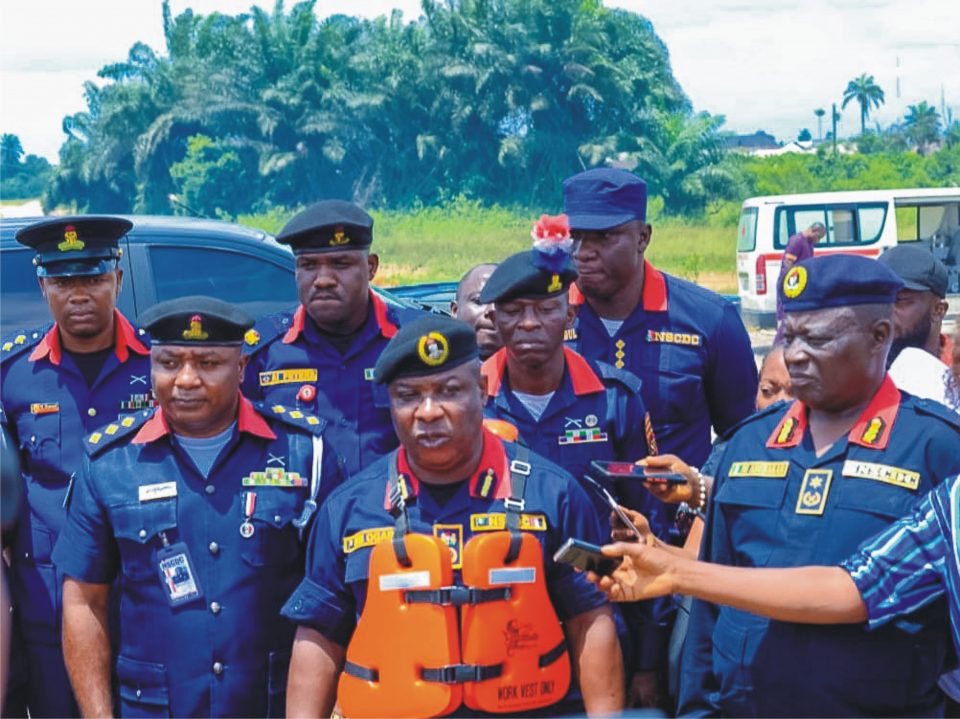 The State Commandant of the Nigeria Security and Civil Defence Corps Rivers State Command, Michael Besong Ogar has reaffirmed the command’s commitment to discharging her statutory duties without compromise.

Ogar made this known during the monthly special parade at the command’s Headquarters in Port Harcourt.

He charged  Senior Management officers and Divisional Officers to rise up to the task of safeguarding all critical national assets and infrastructures, disaster management, registration, training, supervision and monitoring of private guard companies amongst others in the state .

The Commandant maintained that under his watch  there will be no room for any act that is capable of damaging the image and integrity of the corps.

” I charge you all to rise up to the responsibility and duties assigned to us  as enshrined in the Establishment Act of NSCDC 2003 as amended 2007;  you must justify the existence of the Corps  by your unwavering commitment and loyalty to the mandate of the NSCDC as any act of indiscipline, compromise and connivance with economy saboteurs will not go unpunished”.

” The NSCDC Commandant General Ahmed Abubakar Audi PhD, mni. has reiterated the commitment his administration to the overall welfare of all officers and men through training and re-training programs, timely payment of salaries and benefits as well as promotion to deserved personnel as at when due,” he said.

He called for cordial relationship with civilians for effective intelligence gathering.

“Another pivotal point of discourse is Intelligence gathering which is the fulcrum and bedrock of security if we must achieve meaningful results. To achieve commendable results you must also maintain cordial relationship with the civilians and other security agencies in your  deployed areas because security is a collective responsibility. Hence, no man is an island of knowledge. Credible and actionable intelligence will enhance our ability to nip in the bud all criminal activities in the state,” he stated.

Ogar further said that the fight against Oil theft and illegal dealings in petroleum products will continue relentlessly most especially as the new Antivandal Unit has been reconstituted for efficiency and effective service delivery.

While promising to protect the identity of whoever volunteers information to the command, he called on the public to partner with the corps by  reporting all acts of criminality such as defilement of minor, rape, obtaining by false pretence, cultism, illegal oil bunkering and other vices associated with some communities as these would enable the command to clamp down on such nefarious activities.

We are ontop of security challenges in Choba – Eke