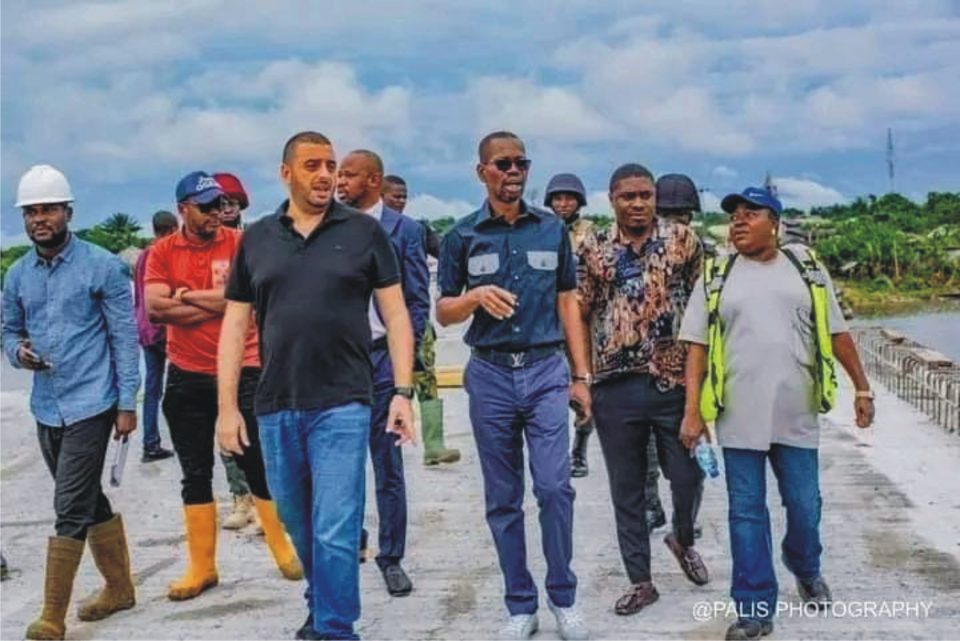 This was disclosed by Dr. George-Kelly D. Alabo, Commissioner for Works, Rivers State during an inspection of the project.

The commissioner explained that the moment the beams are launched and the slaps are done, the only thing that would be left is asphalting, then the project will be as good as done.

George-Kelly also inspected the 27.12km Chokocho-Igbodo Road project in Etche Local Government Area. He expressed satisfaction with the quality and pace of the work done so far.

At the site, it was discovered that 20km out of the 27.12km has been asphalted already, drains on both sides of the road have been completed. Over 70 percent of the project has been covered.

The contractor assured that the project will be delivered by December this year.

The commissioner was however, disappointed with the slow pace of work at Oyigbo-Okoloma Road project site. He expressed displeasure that the level of work done so far is not commensurate with the amount of money the state government has paid already.

He directed the contractor to ensure that stone base is done throughout on the road.

Rivers 2023: Kalabaris are coming out to support Abe- Reps candidate

NANS to Buhari: Proscribe Miyetti Allah or we unleash terror on killer herdsmen